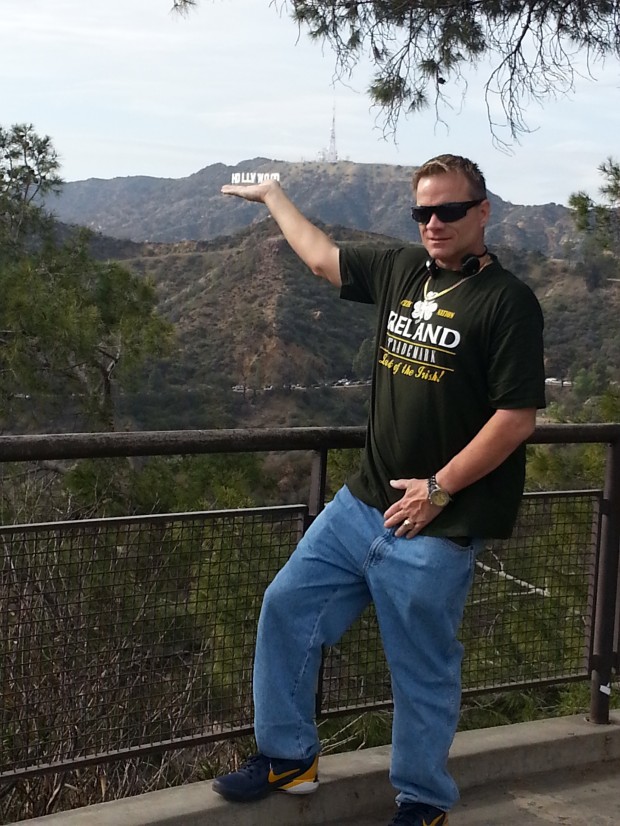 RJ at the Griffith Observatory in LA

It is January 2013, and this month has been busy. It started out with a trip to Arizona where I met with some of the best UFO researchers the world over.

Then, on to Los Angeles where I met my friend, Carol, a film producer and writer.

We had drinks in Marina Del Rey. It was there, sometime during my third margarita, where were spoke of future movie projects.

RJ & the Walk Of Fame Hollywood

The next day, I stalked the  Hollywood Walk of Fame,  where the pulse of the crowd sent electricity through the air.

If you’ve never been to L.A., I highly recommend you  add the experience to your personal bucket-list.

It is there, along the storied sidewalks, where I found myself at home.

I love Hollywood Boulevard. There’s something magical about it.

That sense which courses through the veins that whisper anything might happen.

Up in the hills, surrounding the Walk of Fame, that’s where the stars reside, and I could imagine them peering down the ridge where we ordinary folks get caught up in the celebrity of it all.

Hollywood, its a place where dreams are envisioned and then sometimes find themselves shattered along the path you traveled.  Thousands come here to find stardom, but unfortunately, most return to their hometowns with their tail between their legs and failure in the heart.

Making it big in HOLLYWOOD has nothing to do with talent. But rather, attaining success in the land of broken promises must come by making the right connections.

It’s all about who you know, and then, you must have a bit of talent.

You  must have a strong will within your soul to succeed,  a desire to never to give up.

YOU HAVE TO WANT IT!

The doors to the kingdom are locked tight, but there are keys to the locks… hidden throughout the valley – in the deep pockets of power-people who seek out new special projects.

Big shots are looking, seeking the next big thing. Yet, what that next thing is… well, nobody knows what lingers in the minds of those with the power to expand the dream.

As a writer of screenplays and novels, I stalk the shadows. I lurk back behind the curtain where plots are birthed. I pen the tales, and then savor  twisting the knife deep in the muscle of my story. I give life to my characters and set them free to roam the streets in search of their destiny.

That is what placed me aboard a Boeing-757 for the six hour plane ride across the country to New York City. I had come here to sign an OPTION CONTRACT for my 2012 screenplay, DESTINY/HARD KNOCKS.  It was the first piece of literature I ever wrote.

The script follows my life growing up on the streets of Manhattan and explains how I found redemption and success in writing.

RJ outside The Late Show – NYC

My manager, Julie Stern, was the first person who  discovered my talent and prodded me to continue along this path.

So, there I was last week, two days after my visit to L.A., walking down Broadway in the heart of Times Square, ready to sign the deal which may one day become a motion picture.

Feelings of excitement filled my soul. I was home, I’d come full circle in a life torn by demons and monsters of every imaginable form.

I had vanquished the things which sought to slaughter me. I had made it, there was purpose in life, a reason to place one foot before the other and walk on… my head held high, a bounce to my step.

Ah, before me lay New York City in March.  Behind me, Los Angeles, and my prospects seem great,

And then, at 3:30 p.m., I hailed a taxi (and grabbed by balls in fear of certain death) as the cab swerved and honked its horn. My body shook with the knowledge that at any moment the cabbie would crash into something.

But the disaster never came and I found myself at Paddy Riley’s for a meeting with my  Literary Agent,  Joyce.

I was a bundle of nerves, she had just read my new book, THE SANTA CLAUS KILLER, and we were scheduled to discuss the agency’s plan going forward to find a publisher.

We talked for hours, caught in the grasp of the story. And I found something out that day, I had a fan in addition to an agent.

And damn, what else could a guy ask for? 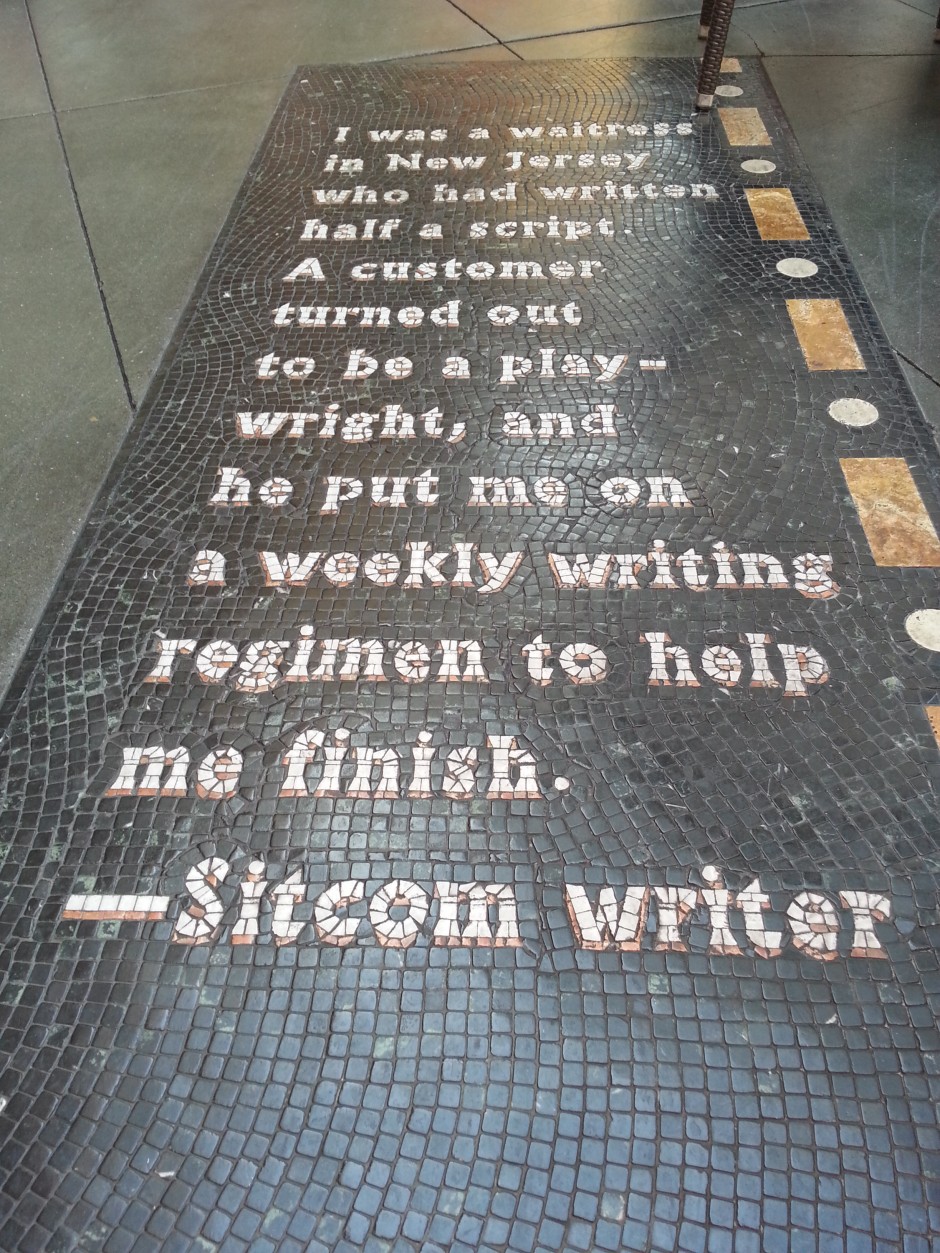 HANGING OUT WITH ALIENS