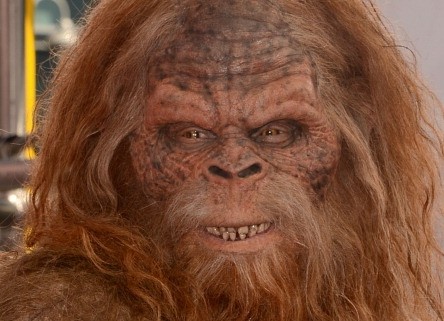 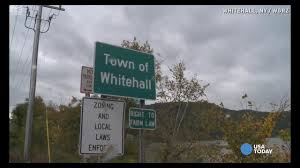 Bigfoot investigators have searched for a Sasquatch in upstate New York and Vermont since Frank Siecienski of Hubbardton, Vermont, reported sighting Bigfoot in his backyard.

However, Bill Brann, the director of the National Sasquatch Research Society, says the video is likely an owl shot close up to make it look bigger.

Really? Take a gander, Dear Reader… and you tell me this looks like an owl?

A tissue sample is believed by researchers to have been taken from a real-life Bigfoot. The hair is described as far more coarse like a horse’s than a human’s.

Bigfoot sightings were thought to be a phenomenon regulated to the Pacific Northwest. But a group of investigators, say the creatures pop up on the East Coast more than one would think.

Frank Siecienski, of Hubbardton, said to the Daily News that “Both my wife and I, when we looked at it on the computer, said, ‘What in the world is that?’ Right now I have a picture that everyone is telling me – and I think it is – a female Sasquatch with its young.”

Another memorable investigation dates back to 1976, when two teenage boys, Marty Paddock and Paul Gosselin, saw a 7-to-8-feet tall creature stalking through a field on the outskirts of Whitehall. The boys, who were driving home from a camping trip, also reported hearing an odd noise, a “cross between a woman screaming and a pig squealing.” 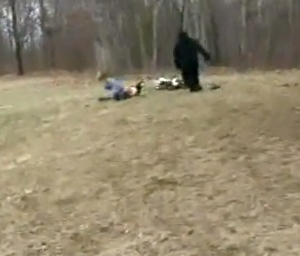 Three different law enforcement agencies joined in the investigation, which was never able to confirm what exactly was in the field – a struggle most Sasquatch investigations face.

“People always ask, ‘How can anything this large be moving around and not be seen very often?’” Brann said. “I don’t really have a clear answer for that.”

Early this fall, New York’s chief wildlife biologist vehemently denied the existence of Bigfoot in a letter to businessman Peter Wiemer of upstate Maywood, N.Y. “The simple truth of the matter is that there is no such animal anywhere in the world,” Gordon Batcheller wrote, according to the Houston Chronicle. “I am sorry to disappoint you.”

Brann, however, insists that the statement was “premature.”

Ketchum studied about 109 samples of purported Sasquatch DNA and from those, obtained “three whole nuclear genomes” that she says had never been seen before. 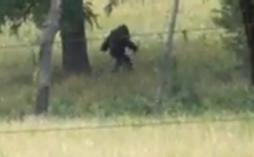 The genome sequence showed that the mitochondrial DNA, which is passed down from mothers, was human, according to Ketchum. The nuclear DNA that was passed from both parents was a mix of human and “other primate species.”

“Whatever the male side is, they made it with human women,” the Texas veterinarian explained. “The resulting offspring is Sasquatch.”

She hopes that her study, which has raised eyebrows among the scientific community, will help to combat people’s skepticism and eventually, lead to the protection of the Bigfoot.

“I know they exist,” maintained Ketchum, who says she has seen two such creatures with her own eyes. “There is not a shadow of doubt.” 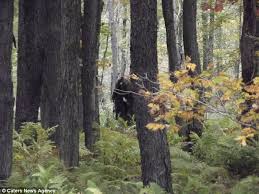 In my humble opinion, as a novelist and screenwriter, I think the large hairy beasts are back stalking the mountains of New York. That was my sole reason for planning the summer 2014  trip to those mountains and visiting The McQuade Foundation — I was invited up there to write my next novel, Mountain Monsters… but as you all know I had no choice other than to cancel two book tours over the last 18 months, and my trips to these mountains, along with the six month investigative fact finding mission to Oklahoma where I was scheduled to meet with two killers and shoot a TV Pilot with Film Producer Rick McIntosh and then write the true crime book of The Good Friday Killers.

Unfortunately, after two surgeries on by C-Spine and Lumbar Spine to try and correct Bulging Discs and Flattening of my spinal cord from the bicycle accident in June 2013, I’ve been physically unable to travel anywhere for long hours of signing and events. The surgeries DID correct some of the damage, and I’ve gotten back some sensation in my left hand and left toes… but I still have a lot of pain and loss of motion in three fingers on my left hand. However, the good news is… I hope to recover some motion and this might happen when I can have an Anterior Cervical Discectomy and Fusion on my spinal cord in my neck to be performed by one of the best Neurosurgeons in Tampa. The problem is, I don’t have the $159,000 to have this surgery. I’ve lost over $100,000 on my advertising campaign, investments on The Santa Claus Killer that released in 2013 and CATACLYSM in 2014…. all because of my inability to tour, sign books, carry boxes, set up my display or travel across the globe. I was super excited to finally be going to London, where I was going to do interviews and attend the London Book Fair.

Hopefully, one day, after all the surgeries and correction of the damage to my spine, HOPEFULLY…  God will give me a miracle and heal me. I worked too hard, and came too far, and was just about to become a bestseller. Barnes and Noble had started advertising my book beside Stephen King and John Grisham, I was being selected to be on that level because of my talent and hard work.

Now, all I can do is search the internet and research a lot of things relating to the unexplained, so that one day, hopefully, I can get back to doing the thing I love. Writing entertainment for all of you out there who are my fans. I love you guys!  Please keep me in your prayers; perhaps, one day, after many more surgeries and a lot of rehabilitation, I might be able to get my life back.