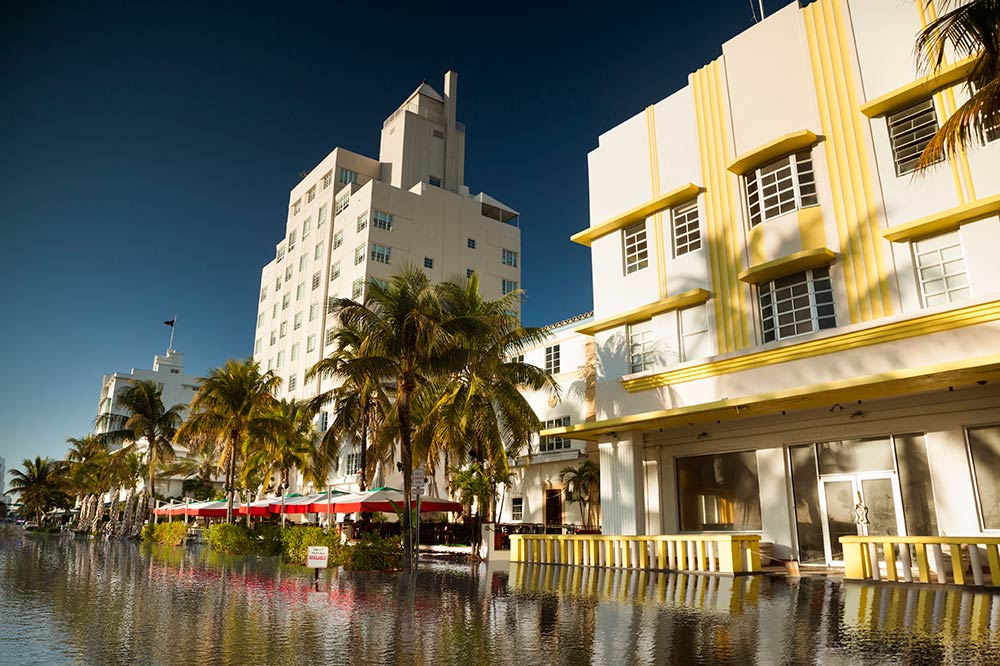 EVERYONE SHOULD READ THIS. My home cities of Miami Beach (South Beach), Fort Lauderdale, Naples, Sarasota and Key West are in serious trouble. The truth is, The Atlantic Ocean and surrounding waterways have risen and will continue to do so! Our FLOODS & STORMS are no longer 100-year incidents… but occur every year now! In our mid-and-western states, the fields of farms are suffering the worst draught in history, on top of this there is a water supply emmergency globally. With big business like Nestle owning much of the water rights, water companies profit by pumping out our groundwater, which deplets local water supplies and destroys ecosystems. Our citrus farms aren’t producing plentiful bounties as in years prior. Florida produces 90% of the world’s Orange Juice. Earth and most of the East and Southern Coasts of America are in serious trouble. We can no longer pretend Global Warming is not happening, look at the disasters we’ve had over the last few years! Whether the planet is warming due to mankind’s activities on the planet or if this trend is a cyclical event doesn’t much matter. It’s happening. 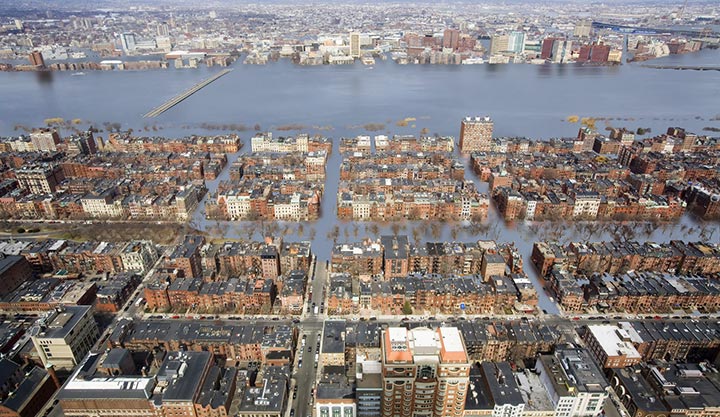 NASA has reported their satellite data has determined the ice of the Arctic is at its lowest point since 1979 and is quickly losing its perennial ice. As of June 2018, the ice-sheets have lost 621,371.192 (six-hundred and twenty-one thousand, three-hundred and seventy-one, point one nine acres… or the equivilent of one-million kilometers. The result has been an increase of pure driking water becoming undrinkable one the water mingles with the world’s salty oceans. The melting of the huge floating ice shelves and icebergs in the sea is predicted to raise water levels significantly.

The rise may effect tectonic locations, subsidence of the land, tides, currents, storms, and so forth. Sea level rise is expected to continue for centuries. Because of the long response time for parts of the climate system, it is now estimated it’s too late to save low-lying areas … humanity is already committed to a sea-level rise of a whopping seven-and-a-hallf feet for each degree by the year 2100. The International Panel on Climate Change predicts that the global mean sea level rise will continue during the 21st century, very likely at a faster rate than observed from 1971 to 2018.

When all of the remaining ice covering Antarctica, Greenland, and the glaciers around the world melts, sea level will have risen more than two-hundred and thirty feet. (230 feet). The ocean would cover all of Earth’s coastal cities. Our land areas would shrink significantly with states like Colorado, Nevada, New Mexico and other midwest states surviving. But, with New York City, Long Island, California, Washington D.C. and hundreds of other low lyinig states, survival as we now know it will be a thing of the past. Livable cities will become overcrowded with disbanded American’s from across the country. Resources will be strained and the country could very well sink into a world of crime, death and diseases.

In Florida, natural areas will be the first to go. After just one or two feet of sea-rise, substantial natural areas in coastal Florida… where low-lying cities meets the sea will all be under water. At two feet of rise, water will close in on Naples municipal airport. A few residential areas around Fort Myers and Cape Coral will take on water. in Pinellas County, on the Gulf of Mexico, barrier islands

and low-lying Clearwater and Saint Petersburgh, Shore Acres and the Tampa Bay will all be underwater. Bayport Park in Hernando County will be gone! Fort Lauderdale’s challenges begin to crystallize as some of its priciest canalside and ocean real estate will be flooded. The mainland-facing side of urban Miami Beach will be inundated. The sea and higher waters in the Everglades would flood the entire lower area of the state. Gravity-driven canal and drainage systems will fail as the seas rises, stacking up rainfall inland. In the early 1980s, nuisance flooding in the Florida Keys happened less than once per year on average. By 2030 (just 12 years fro now) sea level will rise by 7 inches, catastronic flooding will happen thirty to eighty times a year—say goobbye to the sandy beaches as they will no longer exist.

We are setting ourselves up for an unsurvivable disaster that our grandkids have to deal with. They will lose power as the GRID becomes flooded. That means no computers, cellphones, televisions, kights, food or anythng that requires electricity to run or create. Gas wouldn’t be produced, cars would run out of it, The Stock Market will crash, and the entirety of Manhattan will eventually be under water… the food chain will fail, people will die by the hundreds of millions and nourishment will certainly be scarce along with much of the undeveloped world being wiped out from lack of clean drinking water, starvation, and most liekly, a deadly worldwide plague!
The extinction of mankind will happen, whether or not you believe it. If your worry is about global warmingand fears of sea-level rise, you are barely scratching the surface of what terrors are coming within the lifetime of a teenager living today. And yet the swelling seas — and the cities they will drown — have so dominated the picture of global warming, and so overwhelmed our capacity for climate panic, that they have occluded our perception of other threats, many much closer at hand. Rising oceans are bad, in fact very bad; but fleeing the coastline will not be enough.

Without an immediate and significant change to how billions of humans conduct their lives, parts of Earth will likely become close to uninhabitable, and other parts horrifically  inhospitable, as soon as the end of this century.

Many of us are unable to comprehend its scope. This past winter, a string of days 60-70 degrees warmer cooked the North Pole, even melting permafrost that encased Norway’s Svalbard seed vault—theglobal food bank nicknamed “Doomsday,” designed to ensure that our agriculture survives any type of catastrophe, and which appeared to have been flooded by climate change less than ten years after being built.

Until recently, permafrost was not a major concern of climate scientists, because, as the name suggests, it was soil that stayed permanently frozen. But Arctic permafrost contains 1.8 trillion tons of carbon, more than twice as much as is currently suspended in the Earth’s atmosphere. When it thaws and is released, that carbon will evaporate as methane, which is thirty-five times as powerful a greenhouse-gas warming blanket as carbon dioxide when judged on the timescale of a century; when judged on the timescale of two decades, it is 86 times as powerful. In other words, we have, trapped in Arctic permafrost, twice as much carbon as is currently destroying the atmosphere of our planet, all of it predicted to be released at a date that keeps getting moved up.

Maybe you know that alread… there are alarming stories in the news every day, like those, last month, that seemed to suggest satellite data tracked global warming since 1998 more than twice as fast as scientists had thought. The frightening news from Antarctica in May, reported a crack in an ice shelf had grown eleven miles in six days, then kept right on going. Soon, the biggest icebergs ever seen with crash into the sea in a processcalled “calving.”

But no matter how well-informed humanity is, we are obviously not alarmed enough. Over the past few decades, our culture has gone apocalyptic with zombie movies and Mad Max dystopias, perhaps the collective result of displaced climate anxiety, and yet when it comes to contemplating very real-world warming, we suffer from an incredible failure of imagination and recklessly allow the huge lobbying campaign to continue lying to lawmakers and leaders. Humanity is preceeding as though nothing is happening, that the warnings of the world’s scientific communities are nothing more than attempts to reel in the gas and oil industry.

For those who do believe earth is in trouble and our future genertions are at risk of extinction, they ignorantly assume that climate change will hit hardest somewhere else, which amounts to the prospect of our own annihilation; simple fear. But aversion arising from fear is a form of denial.

In between scientific reticence and science fiction is science itself. This article is the result of dozens of interviews and exchanges with climatologists and researchers in related fields and reflectshundreds of scientific papers on the subject of climate change. What follows is not a series of predictions of what will happen — that will be determined in large part by the much-less-certain science of human response. Instead, it is a portrait of our best understanding of where the planet is heading absent aggressive action. It is unlikely that all of these warming scenarios will be fully realized, largely because the devastation along the way will shake our complacency. But those scenarios, and not the present climate, are the baseline. In fact, they are on schedule.

It is already too late to save our low-lying cities fromdisappearing. Had our politicians stopped taking bribes form big oil, and started real change steering us away from burning the remains of dinosaur fossil fiuel back in 1992 when Al Gore and climatologists sounded the initial alarm of the polar ice melting due to human activity on the planet, releasing methane, gases and pollutents into the air, we might have been able to stave off the destruction of Earth. 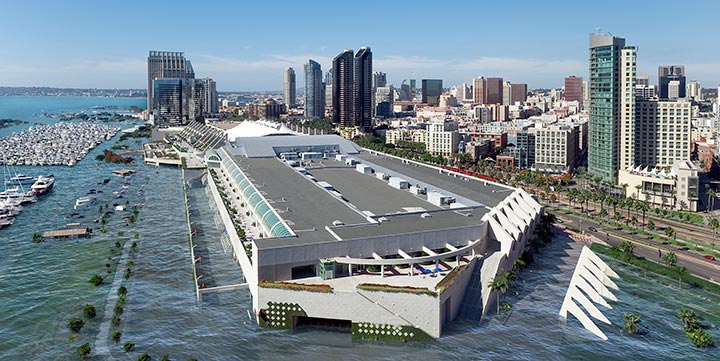 Humanity continues to release emissions into the atmostpphere and with President Trump backing out of the Paris Accord on Global Warming, the old coal mines will reopen and will once again become the cheapest energy source available. Coal (as everyone knows) is the one industry that can single-handidly make earth unlivable while killing off humankind. Our teenagers, grandkids and great grandkids will eventually not be able to live on this once beautiful planet… and when looking back in history, they’ll lay the blame squarely on our generation after they come to understand that the destruciton of our habitat by Global Warming was preventable had American politicians not taken bribes and gifts from big oil.

Monsters in the Woods – The Official Trailer