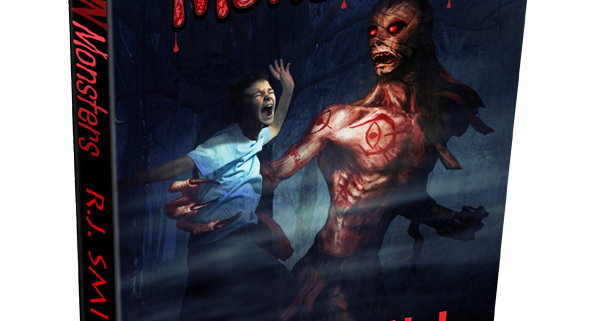 An EXCERPT from my DELAYED 2015 Manuscript – Monsters In The Woods

CLIFFORD WEBB loathed the dead.
Especially… if they died on his watch.
Whether a shooting, car accident or heart attack, it was his job… his oath,   really… to do no harm, to try his best to save the wounded and dying. It was a promise he’d made long ago.
And maybe… he failed that task tonight.
Did I do everything I could? He wondered.
The E.M.T. was the only person on Earth who had a chance to resuscitate Jen out on Blooming Grove Turnpike tonight.
But when he arrived on scene, she was a goner.
She didn’t have a chance.
Clifford felt guilty.
By her dying, he felt like he failed the mission.
Now, standing in Harry Mortinson’s basement morgue, he pushed aside those thoughts and studied the old coroner busily unzipping the black vinyl body bag.
“Jen Marks,” Cliff stated, “just seventeen.”
Harry was surprised. “Doctor Phillip Marks’ daughter?” he queried while inspecting the body.
“Yep, Phil hasn’t been notified yet.”
“This is going to kill him.”
Harry and Phillip were best friends. The two met twenty years prior while climbing the ranks at Saint Luke’s Cornwall Hospital. Now, Harry was the county Medical Examiner and Philip the Chief of Emergency Medicine at the hospital.
Both were also premier members of The Powelton Club, the oldest full service private country club nestled in the heart of the Hudson River Valley. In Fall, they swung through eighteen holes on the Devereux Emmet designed 18-hole course, in spring the doctors volleyed balls on the red clay tennis courts, and in summer they brought their families to relax around the pools.
The members will all be at the wake.
Harry felt a pang of sorrow for this realization.
“Who is notifying him?”
Cliff wasn’t sure. “Might be the chief, but he’s out in the woods, and I don’t think Delores has called or been notified of who the DOA is.”
Picking up a red phone, the coroner called Phil and quickly broke the news. Doctors liked hearing things straight, no cherry on top; the quicker the bad news came, the better. Of course, his friend cried in agony for a while and kept repeating that it couldn’t be true… because the family just shared dinner hours before.
But news like this was always true.
Deep down, Phil said he knew something wasn’t right. He told Harry his wife, Suzanne, had suddenly come to him about an hour ago with feelings of dread.
Parents always knew, Harry thought.
“How’d it happen?” Phillip cried.
After twenty minutes explaining what he knew over the phone, the coroner replaced the receiver and walked back to the body to continue his examination.
“There is blunt force trauma to the skull and the eyes are open in the stare of sudden death.”
Clifford nodded. “When arriving on scene, we observed the car had plowed into pine trees.”
“No passengers?”

“He’s missing in the woods.”
“In the woods? During a storm like this?”
Harry had a good idea of what might’ve chased the boy into the woodlands. He’d been living in New Windsor for more than forty years and recognized the legends just as well as everyone else.
The tales hadn’t changed much since he was a kid, running through those same timbers with his own high school friends.
But, he’d never seen things escalate this bad.
“Does the chief think THEY have returned–?”
“Come on, Harry,” Cliff interjected, not wanting to acknowledge what everyone else in town had started assuming since the cadet went missing.       “Nobody believes the monstrosity stories; they are ridiculous.”
Shaking his head and glaring at Jen’s body, Scary Harry shrugged in disappointment.
“This is preposterous.”
Inspecting the body, the coroner noted Jen’s weighted, lifeless body on the monitor. Measuring the corpse, he reached above the table and flipped on a microphone suspended from a popcorn drop ceiling. “The date is December twenty fourth, nineteen seventy seven. The deceased is a white, seventeen-year-old female, five foot seven inches, one hundred twenty pounds with brown eyes and shoulder length black hair. The body has already been identified by law enforcement as Jennifer Marks and consent was obtained for an immediate autopsy.”
Removing her clothes, Harry discovered a peculiar symbol sliced into her pale chest.

What the hell is that?” Cliff asked.

However, the old coroner knew exactly what it was… the imprint had been the cause of many nightmares over the years.

A TIME TO LIVE AND A TIME TO DIE

THE SEAWORLD ADVENTURE
Scroll to top