An RJ Smith film, in association with Storyteller Entertainment, Macintosh Productions and Oscar The Dog Media. An in-depth interview of convicted killer Jacob England who explains what really happened on that perilous evening when he shot down five African Americans on Good Friday. 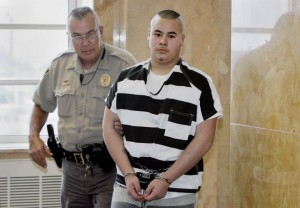 Jacob England is a convicted killer, there is little doubt as to what he did with his crime partner on that fateful night. Nobody disputes that people were murdered, in cold blood, from inside a window of an old red pick up truck.

From the investigation of the writer, RJ Smith erupts this stunning true-crime story of murder, conspiracy, and unadulterated hatred. Yet, this story is much more than a horrible act carried out under the influence of Xanax and liquor.

Nobody understood him. Until the shots rang out. 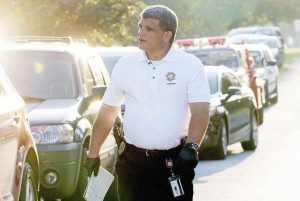 On April 6, 2012, William Allen, Bobby Clark, and Dannaer Fields were randomly gunned down while walking in different areas of north Tulsa, Oklahoma. Two others, Deon Tucker and David Hall were seriously wounded but somehow survived the vicious attack. The shooters, England and Watts, have been accused of targeting the victims because they were black.

Community leaders say the shooting spree was a tragic time in Tulsa’s history and that it should never be forgotten. 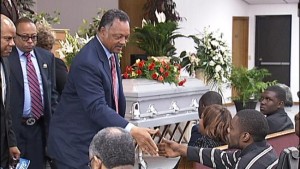 “All of the things that have occurred in New York and other areas of the country with the relationships between the races has been difficult, been strained,” said Pastor Warren Blakney of North Peoria Church of Christ.  “I think it’s important that we continue to talk about how these things can happen so quickly.” Out of respect for the families, Blakney said his church would not hold a public service to commemorate the date but would hold something more private to honor the victims.

In 2013, I contacted the Mayor’s Office, Tulsa Homicide the Community Leaders, and both convicted killers, Jake England, and Alvin Watts, held in separate State Prisons. All agreed to be interviewed for this True Crime Book and documentary titled The Good Friday Killers. Scheduled to travel to Oklahoma in Summer 2014, the trip was unfortunately postponed due to a biking accident I suffered in the small Florida town of Belleair Bluffs. 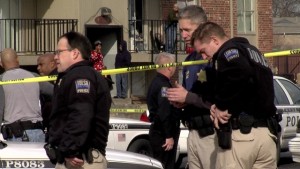 After five-years of surgeries and physical rehabilitation to correct serious injuries of my cervical and lumbar spine. I’ve also suffered three separate shoulder surgeries, and now in 2018, and still to physically disabled to complete a trip to Tulsa in order to meet with the killers and write the book. Staying in close contact with all involved, it is my hope to one day make it out there to gather the facts I need to write this terrible story.

Called a “Spree Killing”, the story became an international headline. Intrigued by the horrors of the events, I contacted Mr. England and have taped hundreds of hours of interviews with him.

With the High Profile Reverends, Jesse Jackson and Al Sharpton involved, the crime was sensationalized due to other shootings and murders of black men around the country.