That’s the question my literary agent, Joyce Keating, asked earlier this year when I flew

to Manhattan to deliver Cataclysm to her agency. 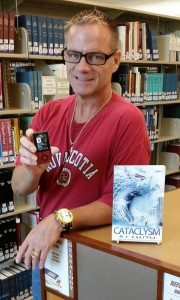 RJ with his New Novel

“Destroying the world is a nasty business,” I replied. “For one, you have to find a reason to end everything man has worked so hard to build, and second… I have to leave some people behind or else nobody will read the book.”

She laughed, and then. “Mankind is doing a pretty good job of ending life on its own.”

I still question this. 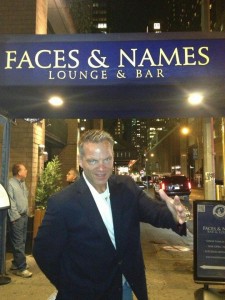 RJ at Faces & Names in NYC

Sitting in the elegance of Faces and Names on West 54th Street, I wondered if Joyce wasn’t far of the mark. With all the talk of global warming and polar ice melting… I knew storms were getting worse, earthquakes we more frequent and floods would eventually submerge Manhattan, Kill Devil Hills and eventually, all of Florida.

Everything was going to hell in a hand-basket.

How would humanity behave during the finality of it all?

I’d just spent the last twelve months pounding out Cataclysm and knew the nuts and bolts of evacuation procedures. There was a mountain of natural disaster research crammed into my head.

I knew U.N. code-words, understood the science behind societal collapse, and yet, the end of the world seemed something out of a Hollywood Production.

But it’s not just talk anymore. 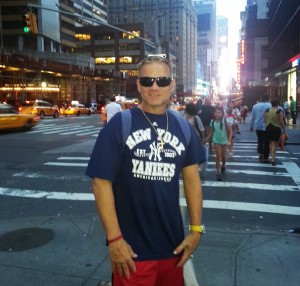 There is something happening.

Last year the National Weather Service met to discuss one of the catastrophe’s facing the East Coast of the United States, and  some scientists now believe the CATACLYSM I describe in my book is sure to happen at some point.

The end of the world may not happen tomorrow, next week or a year from now.

But it will end, and the question I pose is this… are you ready?

It’s The End of Humanity
Scroll to top